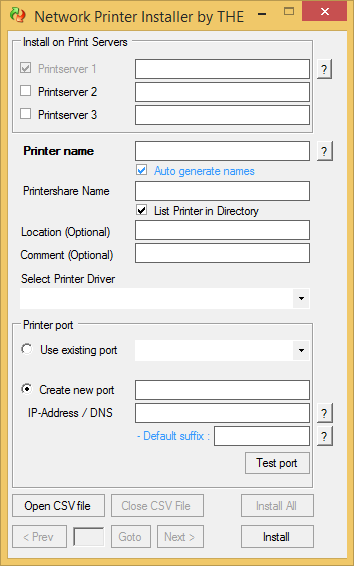 App for automated simultaneous Printserver installation. Either manually or in conjunction with the option of installing via a CSV file.

Combined with the option to build the CSV file from existing printservers through Martin Pugh’s Power Shell script, the Network Printer installer makes it possible to install one or more printservers, including hundreds of printers in a matter of hours.

The Network Printer installer started of as an attempt to simplify simultaneous printer installations on multiple servers in a Load Balancer environment.
Around the same time I realized Power Shell 4 has CMDlets for handling printers so to get into those I decided not using WMI.